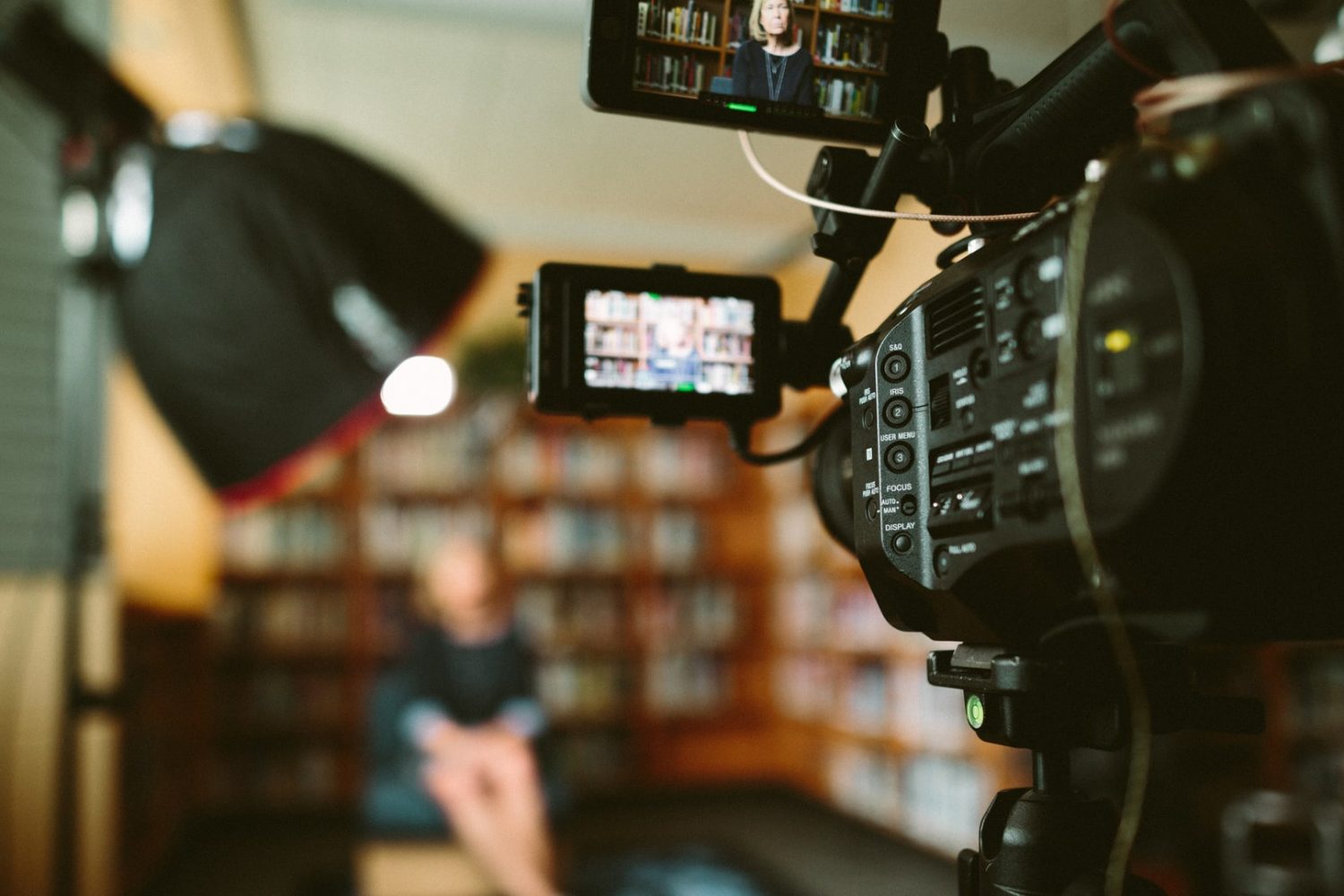 Distanced does not have to mean divided. Creative problem solving and innovative use of digital media is closing the gap of social distancing. Meeting people, chance encounters, expressing yourself, feeding off the energy of the audience, inspiring people, supporting each other. All of these things we often consider better in person. Now, due to our necessary response to the COVID-19 crisis, we all have to adapt to experiencing these activities in new ways. As a production company which has cut itself many times at the bleeding-edge of digital media, we have seen priorities shift rapidly recently.

Digital media can bring us closer together, enabling the vital human interaction that social distancing deprives us of. The last few weeks have seen inspiring uses of readily available technology to connect connect communities, reach people and replace some of what we have lost, for now. What’s most humbling about these innovations, for those of us who work in digital content, is that they are being made by “everyday people”, not us “industry experts”. But while it is tempting to look to media like live streaming, video conferencing, serialised on demand content (blogs, podcasts, YouTube serials, etc.) and immersive digital technology (like VR, AR and good old fashioned audio walking tours), we can go deeper than that and start to explore ways in which we can use these amazing tools even more creatively. I won’t attempt to deconstruct that potential in this post, but we will explore it throughout this coronavirus-inspired series.

“Live streaming a show is great, but it’s never as good as being there.”

We used to hear that often from people — performers, producers and patrons alike — as we discussed, devised and delivered live streamed content; using our creativity, knowledge, experience and diverse skill set to turn shows into programmes. And often, having streamed thousands of hours of cultural content, we would be inclined to agree. The vibe you get from a crowd going wild in Glasgow (which we have captured in many ways, hundreds of times from the likes of legendary club nights Optimo and Pressure in Glasgow to experimental electronica, vibrant indie pop, abstract jazz or provocative classical chamber music), the anticipation of the audience at an award ceremony, the tension in the room during deep drama, the camaraderie of great comedy, the nerves of the performers and their supporters in a competition — all of that is visceral. You need to be there to feel it.

And we would assert that live streaming a show was the next best thing to being there. But the uncomfortable truth for many in the arts and cultural world in which we exist, is that sometimes live streaming an event is better for the spectator than being there. Think about the nuances you miss in theatre which you gain from the outstanding coverage provided by NT Live. We give you the best seat in the house when we cover cultural competitions like the Glenfiddich Piping Championship, World Highland Dancing Championships or the World Highland Dancing Championship. Or the sound quality you can enjoy when experiencing concerts online without it being compromised by your position in the auditorium, distance from the PA system or someone talking too loudly or singing along, out of tune, in your ear. We know all these benefits well because we have done all this for years. And we usually reason that what we can do is strike a compromise between being there and not being there, aiming for the best of both worlds.

But what about when the activity doesn’t have an audience? Creating shows like this have been something of a luxury for us; choosing the best camera angles without having to consider audience lines of site, mixing the sound for the broadcast, rather than the auditorium, and incorporating prerecorded video (VT), graphics and audio and not having to figure out how to integrate that — or extract it from — the live show. And we have really enjoyed creating programmes like this: rehearsed readings for Stellar Quines theatre company, dance classes and work-in-progress development for Scottish Ballet, panel discussion advice sessions for Edinburgh Fringe, an Opera Highlights Show for Scottish Opera, an economic evaluation for Sistema Scotland, cyber security workshops for Skills Development Scotland, live music sessions and DJ mixes for our own music brands TRADtv and Radio Magnetic; all without an audience in the room but all delivered live and in the moment to a community at once distanced yet united community — eager consumers of every word, move and note.

We have moved from digital-last through digital-first to digital-only.

Digital-last is what we have experienced most, following the action of the event, trying to be as discreet as possible, blending into the background wherever we could because no matter how important the video or live stream was, the real world event experience came first. And rightly so, many of these events had existed for years before we were brought in to help expand audience reach, promote activity more widely and create valuable content assets that can be used to engage, inspire, entice and sell.

Digital-first was a concept we didn’t often have the opportunity to explore as much as we would have liked, mostly due to the fact many of our client-commissioned projects were based around existing live events. Sometimes we got to prioritise live coverage because it was considered the most important, ensuring we got great sound and pictures while still being mindful of the ticket-holding people in the place. In those instances — still respectful and discreet — we worked harmoniously with the creative company, co-directing the experience and capturing the action so we could share it with those who, for whatever reason, could not be there. Some of our favourite digital first projects include Cryptic’s spectacular Sound To Sea show on boats sailing in and out of the Canting Basin in the River Clyde, Royal Bank of Scotland’s Prides:Closer secret gig from the Barrowland Bar with the Leith Agency, the CHARTS Showcase event from St John’s Cathedral in Oban, which incorporated an interactive electro-acoustic collaborative piece live from Jura with musical contributors phoning in pieces from around the world and a lecture by David Greig for Playwrights Studio Scotland.

Digital-only is capturing and conveying the activity live, or on demand, for an audience who would never otherwise have the chance to experience it. It’s TV or radio for the web — something we have done since we launched Radio Magnetic way back in March 2001. Examples include those listed earlier. And now, this is the new normal for all of us: for the present, near future and perhaps at least the next year. That thought may seem daunting. It is. Even for those of us who would previously have relished the opportunity to do digital-first projects, let along digital-only. Digital-last is not an option for the foreseeable future. We might never return to that way of doing things. Digital-first is not possible currently. It will be again, when we get through the crisis and rediscover the world, which will have changed in fundamental ways, many of which we cannot yet predict.

Until the crisis is over, digital-only is the only option we have. It’s not important; it’s essential. People are using social networks to establish community groups to help the most vulnerable people. Video conferencing platforms like Zoom (which has leapfrogged over legacy systems to jump into the public consciousness ahead of older services like GoToMeeting or Adobe Connect and eclipsed expensive old corporate institutions like WebEx) and Google Hangouts are being used for singing groups. Gyms, after-school clubs and workshops are live streaming classes. Churches (worship is one of the biggest markets for Livestream.com in the US) continue to pioneer the use of live streaming for serving sermons to their congregations. Musicians and comedians are performing private shows from empty venues or their bedrooms. And, of course, education, which has a head start on most, will deliver school lessons, college classes and university lectures as part of rapidly ramped-up distance learning. Friends and collaborators of ours are even planning to open a virtual pub with board games, quizzes and whatever you want, and provide for yourself, to drink.

How normal these digital-only communications become depends on how long the crisis — and thus the need for social distancing — lasts. Rate of infection spread and load on health services will determine the level of social distancing restrictions applied. These factors will influence the uptake, popularity, and longevity of digital-only interaction innovations.

Local, national and international politics have fostered division. That has always happened, but it has been especially evident over the past ten years. Major political interventions such as referendums and elections, have divided nations, communities and even families. Social media is a great — or terrible, depending on how you look at it — amplifier of this kind of division, pushing people into more tribalism than they would otherwise align themselves to. But interestingly, social distancing is healing those divides and closing the distances opened by ideology.

As we push on through the coronavirus crisis, let us all look out for each other, work together, share ideas, be mindful of why this is all happening and try as much as possible to remain in the present and keep calm. We will get through this. And while the public health and global economy situations are terrifying, collaboration, new working models and community-led innovation are already starting to emerge as some of the positive and empowering aspects of the most significant event in my life so far. (As I write this, I am approaching my 43rd birthday, in a few weeks time.)

Once the crisis has passed, the need for social distancing has diminished and we can enjoy live events once again — whether that is in a few months as some optimists seem to think or, probably more likely, a year from now — we will have some new habits; many of them positive, healthy ones such as improved hygiene, coming together to look after the most vulnerable and using technology to interact in ingenious ways. If these things become our new normal, then once we are free to mix more intimately again, we can continue our new good habits while we reduce the distance and avoid the division.

Dougal Perman is co-founder and director of Inner Ear. He is also executive chair of the Scottish Music Industry Association, a digital media specialist consultant for XpoNorth and member of the Scottish Government’s Creative Industries Advisory Group.

Photos in this article are from Unsplash and used according to their licence. Credits are provided in the tool-tip image titles (hover over the picture to see).