Fans at the gig got right up close to the band, in the relatively intimate surroundings of the Barrowland Bar. For fans watching online, our cameras took them even closer as they enjoyed a shared experience – albeit with about 10,000 other people but feeling none the less intimate.

The highlights video we made features a few words with Stewart Brock and Callum Wiseman from Prides plus clips of their stripped back performance in the Bar of Glasgow’s legendary Barrowland venue.

My company, Inner Ear, live streams music events all the time. What’s the big deal about this one? Firstly the client – we had never done an experiential project for a bank before – and secondly the potential challenge of streaming to three separate platforms at once.

The Leith Agency devised the idea for this project as a development of the TV ad campaign that features Prides’s song Out Of The Blue. The ad follows a £10 Royal Bank of Scotland note around the country:

So creatives and planners at the Leith pioneered an idea I have been pitching for years: use music to run through the line, linking the above the line TV ad to below the line social media content.

Makes a lot of sense to me. Use the cultural capital of the song to deepen the engagement with the brand then live stream an intimate gig by that band to reach as many fans as possible while still keeping the experience up close and personal. The effect was striking. Working together (more on that below) we made the show look and sound great, which was a treat for the viewing audience, bringing them something special, and perhaps unexpected.

Deconstructing a simple, effective concept like that (stream a gig), leaves many elements on the ideas workbench. The client were keen to use the Barrowland, partly because it can be seen in the video. We (everyone involved in producing this project) wanted the gig to feel intimate, both for the audience in the room and those watching online. While the Barrowland Ballroom, upstairs, is one of the world’s most iconic venues, the Bar, downstairs, has the same character but suits a stripped back, (largely) acoustic performance.

Putting a gig on in a smaller space does bring challenges though, not least where to put everything – especially if it’s being filmed. This project had many highs for us, and few lows (just a few of the usual unexpected technical glitches that have to be ironed out in the dark in confined spaces, nothing out of the ordinary in this kind of work). It was refreshing for us for the video – and live stream – to be the most important element of the gig. And, working with the production manager (Graeme Beattie), lighting designer (Scott Munro of SM Lighting), sound (Nick Lawrie, Ben Bentley and Keir Long from Custom Audio), network engineer (Alan Davidson from TeckieBeard) and the great team at the Barrowland, we figured out a setup that gave us what we all needed and maximised space for the audience.

Scott lit the show for the video, although it still looked great in the room. Our camera operators were as discreet as possible while striving to get the best possible shots. We try to keep the cameras hidden and out of the way, but sometimes their presence adds to the experience for the audience. There’s something undeniably exciting about being part of a shared live experience. Getting glimpses of the people and equipment that make that happen can add to the excitement. 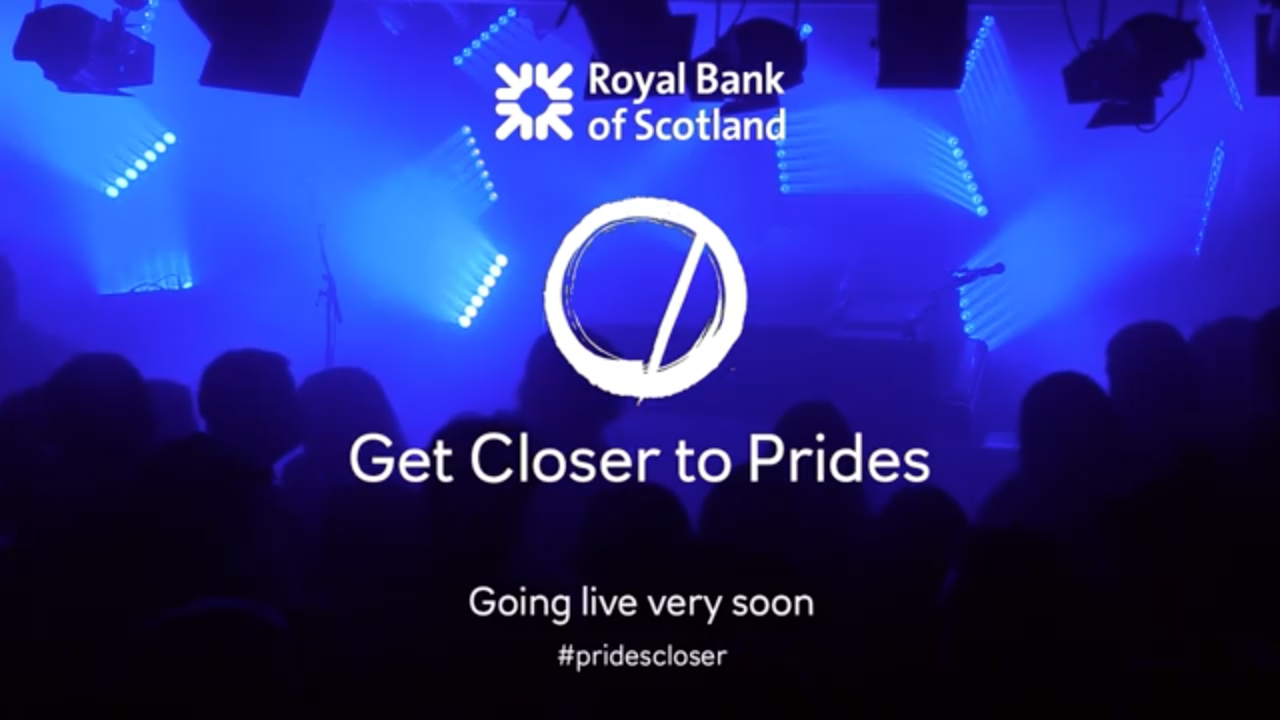 And the platform? Those that know us will know we favour Livestream. We have a great relationship with the leading live streaming platform (in fact we can offer a 5% discount on any platform purchase by using the code innerear5). The Royal Bank of Scotland wanted to stream directly to Facebook Live via their page, which made a lot of sense, with YouTube Live as a secondary stream (and backup). Facebook Live (especially) and YouTube Live offer an immediate way of reaching relevant fans. The audience figures can explode through the social web too. But I have found those platforms unstable in the past and like to have a solid, reliable backup. (I’m very interested in Livestream’s new – at the time of writing – integration with Facebook Live, which I will be testing soon.)

So we tested streaming to three independent platforms concurrently with a combination of capture devices, hardware and software encoders. That worked. For the gig – thanks to Alan at TeckieBeard – we allocated specific bandwidth to each encoder and streamed simultaneously to Facebook Live and YouTube Live with Livestream standing by as a backup. All of the streams were in HD with good quality sound. And, of course, we made two separate hard disk recordings in full quality for the archive.

“It was a pleasure working with Dougal and his team. We were all really pleased with the level of production and appreciated the level-headed approach to getting a complex project working smoothly.”
Jim Wolff, Head of Digital, The Leith Agency

From this somewhat experimental project a high street bank, via a pioneering agency, funded a campaign that involved live music and a supply chain of media and event production professionals who delivered something special that struck a chord with the audience. The video was watched by around 10,000 people, was liked and shared lots and attracted many positive comments.  I was inspired by the potential for creating music TV on the fly from legendary music venues. And I was touched by an email that I received from Prides’s manager the next morning:

“Dougal! Lovely stuff last night, stream looked amazing, sadly I was down the road and couldn’t make it up for the show with Prides, stream was excellent, excellent quality, good job!”
Ally McCrae, Two Up MGMT

And a special thanks to my crew (Pete Linnemann, technical director; Matthew Sweeney, assistant producer; Kurt Abernethy, sound engineer; Gordon Ballantyne, DoP/camera 1; Andy Brown, camera 2; Benny Robb, camera 3 and Amanda Mitchell, sound recordist), Jim, Steve and Victoria at the Leith Agency and all the team at the Royal Bank of Scotland for being fun, friendly and working together effectively to help make this happen.

Producing a live programme and streaming it to an enthusiastic online audience provides a deep level of engagement with your brand. We can help you make your project happen. Get in touch and let’s go live.