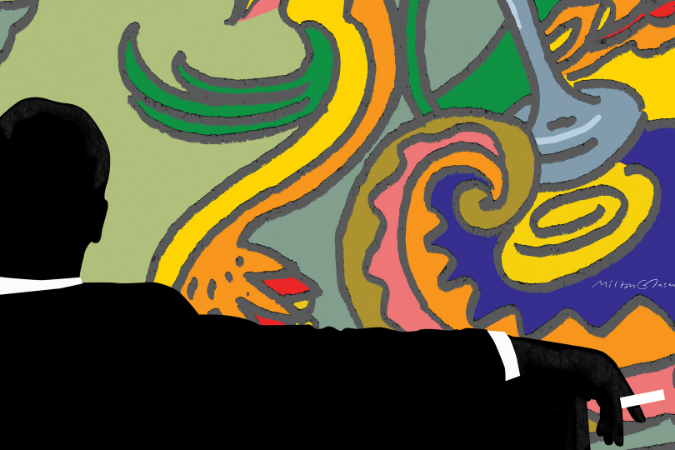 Monday marked the end of an era as the finale of ‘Mad Men’ aired on AMC. A show that is known for their stylistic use of commercial music, we’ve invited resident music supervisor and huge fan, Amanda, to look back on some of the finest musical moments from Mad Men.

This track, for me, marked the beginning of great music syncs on Mad Men. Perhaps because it’s one of the many ‘big’ tracks on the show but looking back, this song really pulled the finale together – the pace, the sentiment, the era. I’ll talk a bit more about this later, but for me, music works best on film or television when it feels like it has been written for the scene and this is one of those scenes – something that I feel Matthew Weiner does really well. Often, it’s not just about the selection of the music but the art of the mix and dubbing involved in placing the music into the scene. As Don’s imagination is cut with the reality of coming home, the music rings out to silence as we see Don sit upon the stairs, moving around his lonely position. We are given some moments of silence before settling in on a mid-shot of Don and as the tracking shot pulls away, we hear the first few notes of Bob Dylan come in. A beautifully executed scene.

Another fantastic closing track for a season finale, this is a brilliant piece of music montage as the track mirrors the minds of our characters. A crucial episode that paves the way for the new incarnation of the agency, ‘Sterling-Cooper-Draper-Pryce’, this track takes on a slightly on-the-nose tone to linger on our minds but equally, feels made for the montage – “Shahdaroba, means the future is much better than the past”. Betty’s dream may have died as she pulls away in the train with young Gene and Henry but for Don, it’s a case of always looking forward, and rarely looking back…

It’s impossible to examine the use of music in Mad Men and not find yourself honing in on this particular scene with an incredible music sync. Reportedly costing around $250,000 (up to around 6 times more than the usual cost of a sync license), Matthew Weiner managed to secure the rights to the master recording of Tomorrow Never Knows – an extreme rarity in television. The Beatles are known for their reserved approach to licensing their music so the usage itself is a huge deal in television terms. The scene is beautifully put together and again, brings together the selection of the track itself and the placement of the track within the scene. With Don moaning that he’s out of touch with youth culture as the 60’s begins to leave him behind, his wife Megan gives him a copy of Revolver, calling his attention to a specific track and suggesting, “Start with this one”. As Don places the needle on the record, we are pulled between the non-diegetic and diegetic world of the characters in another well placed music montage, underpinning the cultural changes that are consuming their world – the music, the drugs, the fashion, the attitudes – and brilliantly mixed so we snap back to reality, so to speak, when Don pulls the needle back.

Season 6 – Episode 7
Sergio Mendes – Going Out of My Head

For me, this is an excellent example of execution of a music cue, with the mix pulling together the emotion of this scene just as effectively as the shots, the cuts used and the writing itself. This scene centres around Don’s affair with Sylvia and the developments in their relationship, or lack there of. Throughout the episode, we see Don hanging around Sylvia’s apartment. A very clever mix between Don’s ear up against the door, listening intently to the radio at the other side, while we cut between the interior of the apartment and inside Don’s head. Again, lyrically on the nose but has this sense of being written for the scene because they marry so effectively. This flipping between diegetic and nondiegetic in the music creates a really powerful effect, pulling us into the emotional state of Don.

Finally, to round up, a really beautiful moment that pulls at us after a particularly emotional episode. Lane commits suicide in the office and everyone is sent home. When Don arrives home, he is met with Megan and Glen – Sally’s friend from home who has come to visit. Visibly strained, Don offers to take Glen home and this lovely moment between them closes the episode, forcing Don to really ask himself, what is it that he really wants? Lyrically on the nose – but a selection that sets the tone here perfectly.